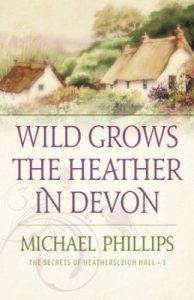 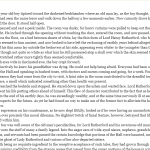 In 1894, Charles and Jocelyn Rutherford are living a quiet and happy life. Jocelyn, ashamed of a disfiguring birthmark on her face, remains secluded on their estate in rural England, while Charles spends a great deal of time in London as a member of Parliament. For all their separations, they are a devoted couple and adore their three children. However, when Charles has a religious awakening, Jocelyn begins to fear she is losing him. Her own religious conversion soon makes their marriage even sounder. Their daughter, Amanda, on the other hand, finds religion stifling and begins to grow away from her family. Phillips (A Dangerous Love, LJ 4/1/97) brings his usual strong characterization to this family saga, effortlessly depicting the confusion a newfound religious conversion can bring to a family. Young Amanda’s struggles are particularly dramatic and insightful. Highly recommended.
Copyright 1998 Reed Business Information, Inc.

This output stems from the printed page’s greatest influence on Phillips’ life. Besides the extensive library in his office, seven volumes perch in a place of honor on top of his desk. Each book represents a significant growth period in Schaeffer, C.S. Lewis, MacDonald, and Richard Foster. A key element in his work has been editing MacDonald’s writings. “MacDonald has been a spiritual mentor for me,” Phillips says, “exactly as he was for C.S. Lewis.

A Testament of Devotion by Thomas Kelley, launched Phillips’ career in bookselling. While in college preparing for what he thought would be a physics career, possibly with NASA, he read Kelley’s book. “It had such a profound impact on my whole spiritual being, I began giving copies away,” he says.

While searching for inexpensive ways to purchase this book, Phillips created a small bookstore in one corner of his student apartment. This small venture grew, but after a few years in bookselling, Phillips found his interest in books leading him to write.

His most recent books, Wayward Winds, Book 2 in the SECRETS OF HEATHERSLEIGH HALL series, and Legend of the Celtic Stone, Book 1 in his monumental new CALEDONIA series, continue his fine tradition of bringing history to life with compelling plots and intriguing characters.

A versatile author, he’s had 14 books named finalists in the Evangelical Christian Publishers Association’s Gold Medallion award competition., and in 1993 he had the distinction of being the author of two of the top five fiction books- The Crown and the Crucible (Bethany) and Pinnacles of Power (Moody).

Phillips’ life is a constant juggling of multiple objectives&operating a bookstore, a publishing company, and a home-school; writing some of the best-selling books in the industry; and maintaining a high level of confidence and enthusiasm for all God has given him to do&with family priorities on top of everything.

Phillips identifies his secret as focus: the capacity to keep his vision clear on a particular project in the midst of many vying for his attention.

Michael and Judy Phillips live in California. They have three grown sons.

to jest to, co tu znajdziesz!